About ZING! Sing in Dutch

Zing! Sing in Dutch began in June 2016 in response to an urge amongst Melbourne’s Dutch-speaking community to have a place to sing in Dutch, and socialise with other Dutch speakers. Since then, we have been very busy singing in Dutch all around Melbourne – and we also have a lot of fun!


What is ZING! Sing in Dutch? 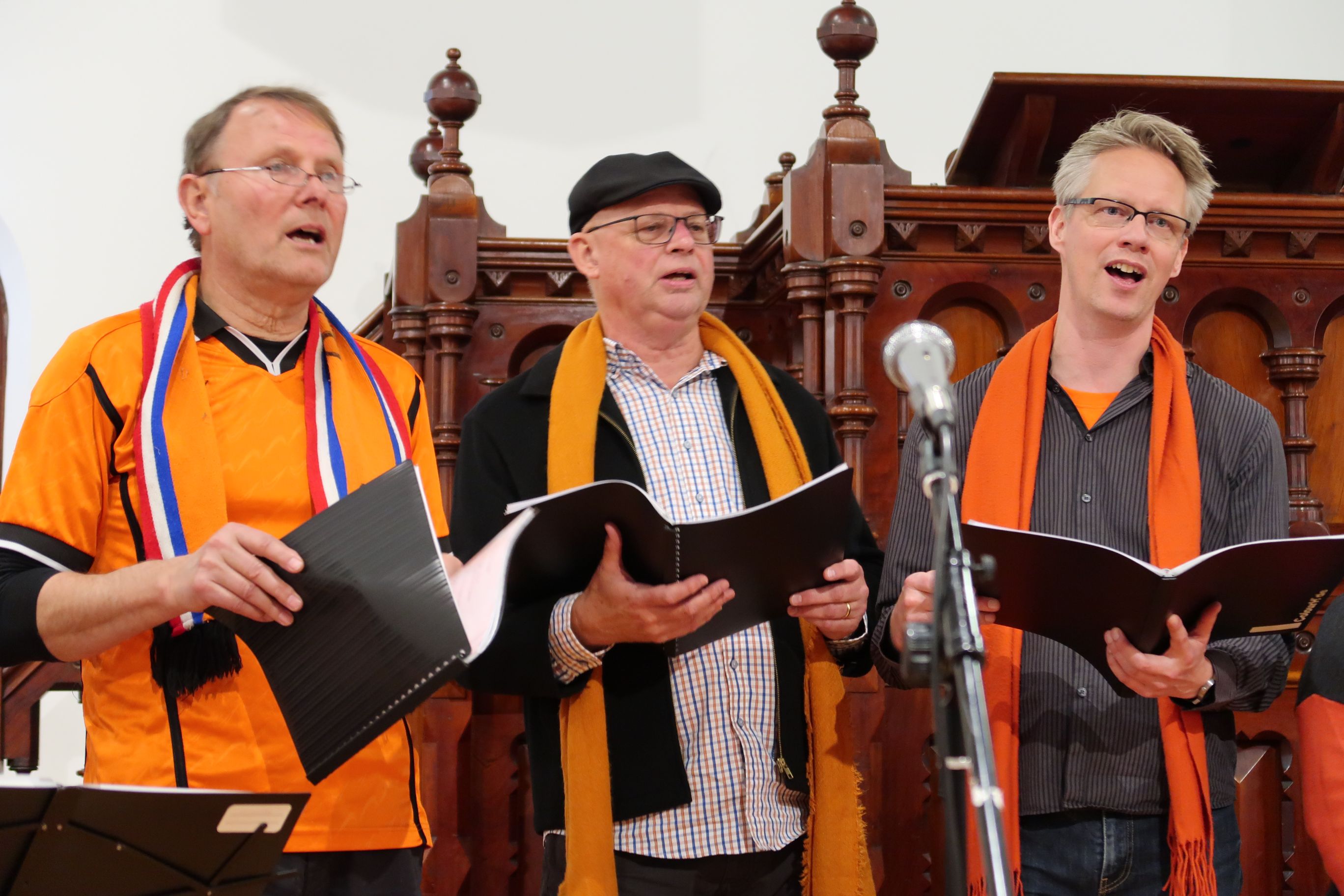 ZING! is a Melbourne-based community choir and band, open to all, with no auditions. Whether you are a fluent Dutch speaker, or just starting an exploration of your Dutch heritage, or interested in learning about Dutch language and culture, ZING! welcomes you. Sung in choirs all your life? Never sung in a choir? Read music? Don’t read music? ZING! welcomes you! Rehearsals are conducted in English, with translations and pronunciation assistance available to all. 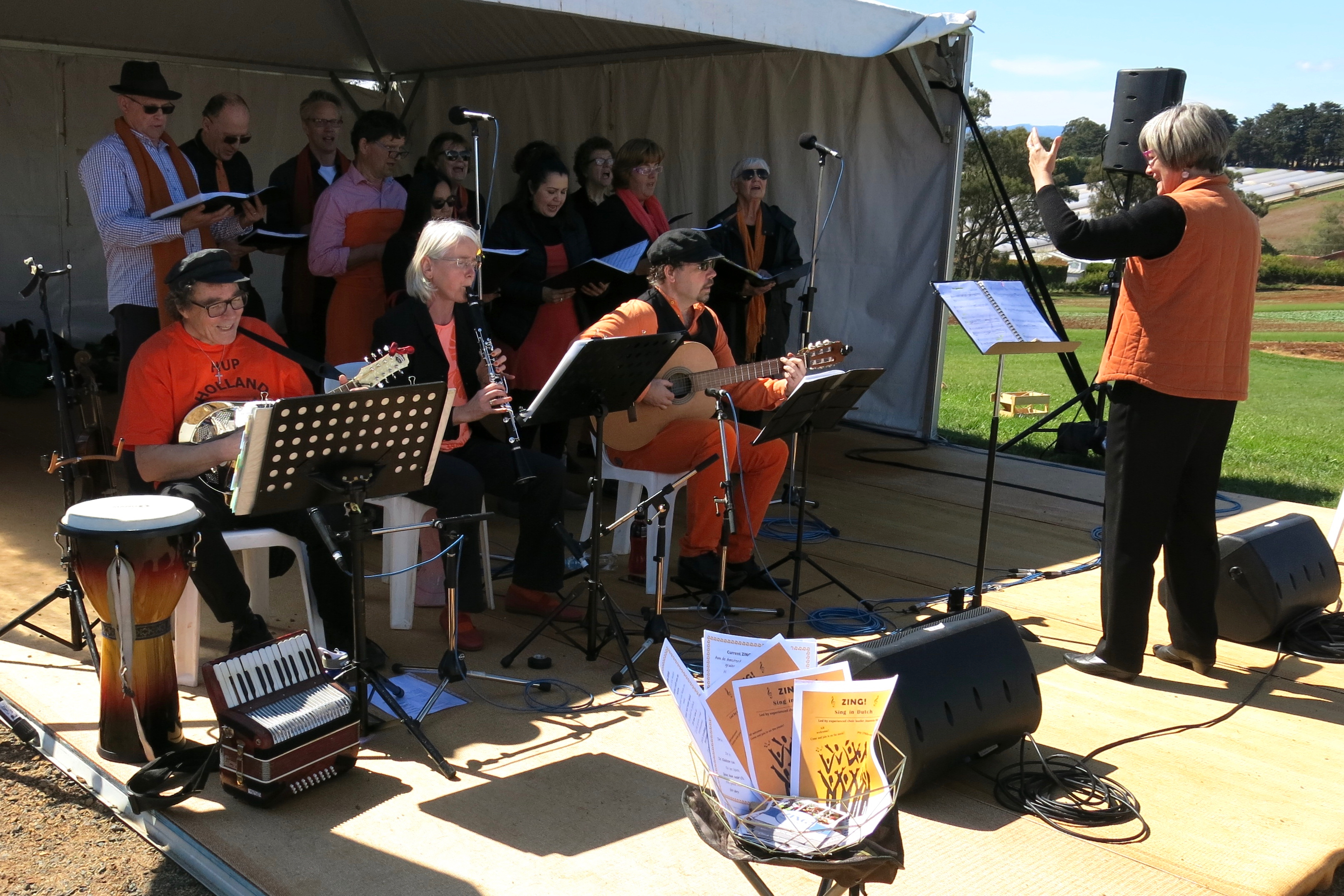 We sing them all. 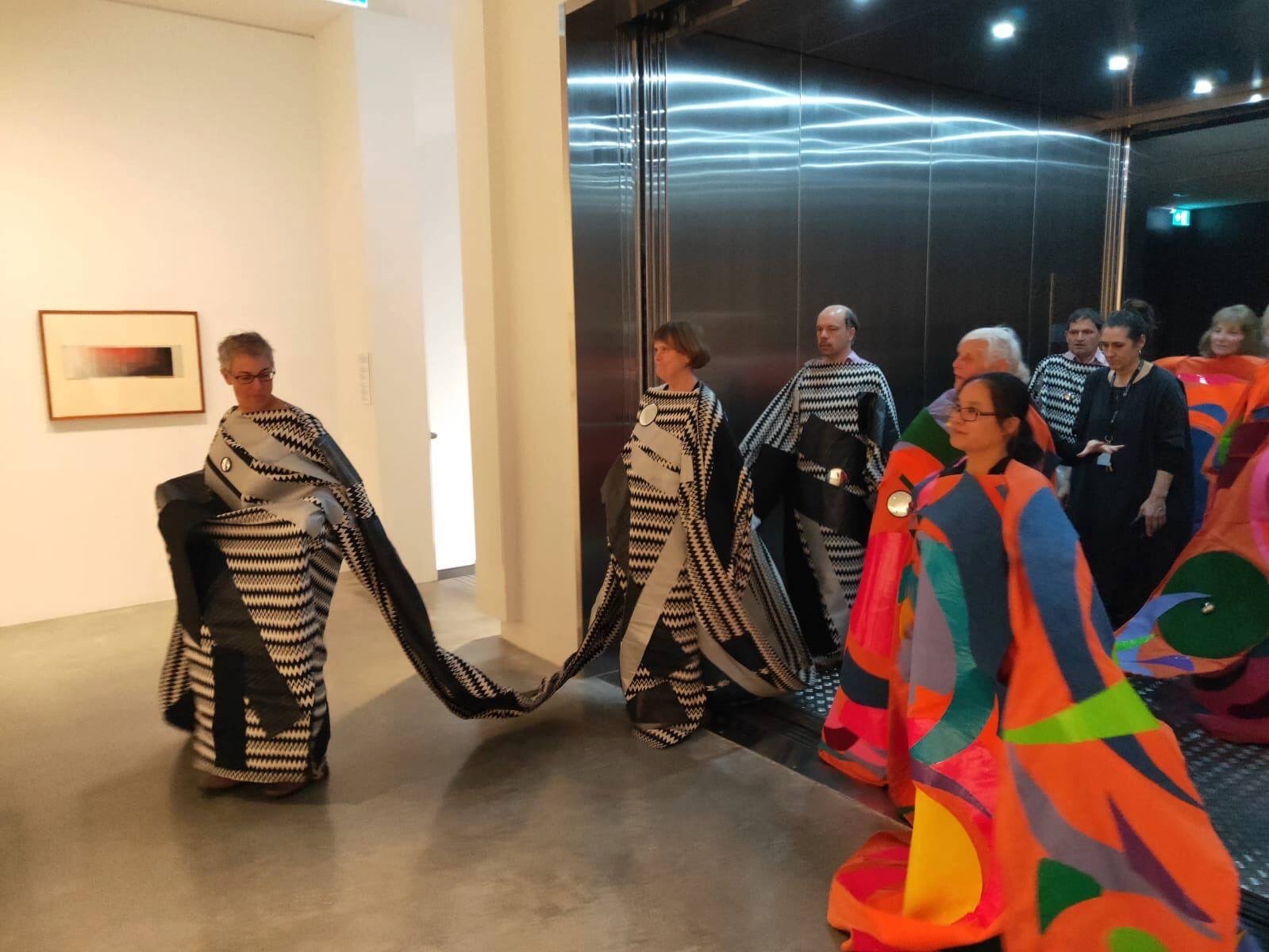 ZING! members have initiated and run social research, and community arts projects involving the Dutch community in the Dandenong Ranges and beyond. Exploring, documenting, and sharing stories and music of Dutch migration form an important part of ZING! activities. Some of the stories can be found on the website Dutch Australians at a Glance. 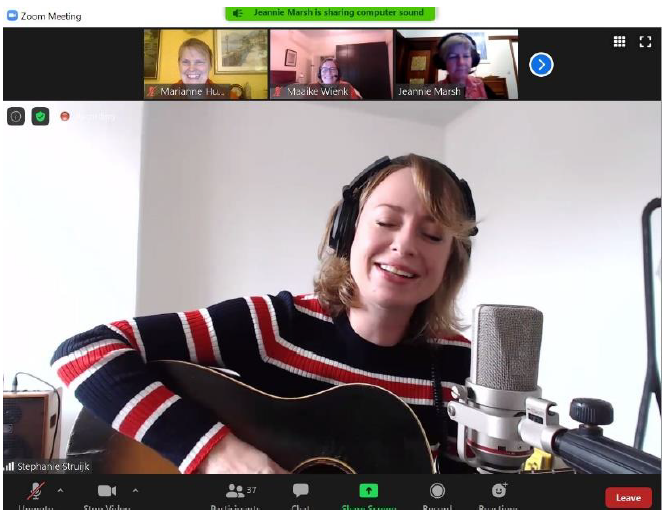 In 2020 ZING! pivoted to Zoom, and continued singing every week throughout lockdown.
Projects included:
In 2021 ZING! returned to weekly rehearsals in South Melbourne, in COVID-Safe conditions.